The Wonders of North Westmeath

Manchán Magan had a wonderful piece on The Right Hook extolling the virtues of The Midlands and North Westmeath, giving a flavour of what there is to see and do over a couple of days

I thought it might be useful to add some photos I have taken of the places mentioned and help bring them to life:

The shop adjoins the warehouse and head-office in the townland of Pottlereagh on the Meath Cavan border. The site was formerly the Virginia Road railway station. Sheridans received the Ellison award from An Taisce for their work in renovating and conserving the old railway store. This large stone building now houses their largest retail shop displaying Sheridan’s famous selection of quality cheeses, foods and wines.

They have a market every Saturday morning and a number of food festivals throughout the year. Keep an eye on their website!

There are well marked walks throughout this beech woodland. The canopy gives great shelter from wind and rain, and if you make your way up to the highest point there are some wonderful views of the lakes and countryside for miles around.

Mullaghmeen is worth a special visit in spring when the Bluebells are out, giving a stunning display of colour with the blues of the bluebells and the fresh greens of the new beech leaves.

The abbey is situated at the middle of Fore Valley which is littered with medieval buildings and is steeped in myth and legend. The abbey itself must have been a centre of great learning and importance, because it is not on the road to anywhere in particular and so must have been a destination in it’s own right. Travelling cross country during the medieval period would have been quite difficult, so it’s possible that Fore was accessed via Lough Derravarra which links to the Shannon via the River Inny and Lough Ree.

The Medieval Gateway into Fore

You no longer pass through the gates but they are right there by the side of the road and it is easy to imagine the village as it once might have been, set up around the abbey.

A 2 km looped walk has just been opened which takes in the abbey, the village and some of the surrounding countryside.

Forget Newgrange, Knowth and Dowth, this is the place to go to see 5000 year old wonders at there best. Un-interpreted and un-restored. The main passage tomb aligns with the Spring and Autumn Equinox, so there are opportunities twice a year to get up early and watch the sun rise.

I was there for the Spring Equinox earlier this year and took this photo. It is possible to go into the cairn and see the light shining onto the carvings.

Sun stone inside the cairn

The sun strikes this stone, moving from left to right illuminating different carvings as it goes.

It’s worth the climb for the views alone. this photo is taken from on top of the main cairn.

THE HILL OF UISNEACH & THE CAT STONE

The mythology and importance of Uisneach and the Cat Stone can only really be properly described by Marty Mulligan as he recounts the stories and brings the myths to life.

It’s importance goes way beyond Celtic mythology. In fact we had some Nez Perce Indians staying with us who were on there way to see the Cat Stone because of it’s significance to the North American Indians.

The Cat Stone is both the actual centre and the mythological centre of Ireland. It represents the five provinces of Ireland, the four familiar ones namely Ulster, Munster, Leinster and Connaght and the less known Mide, which refers to the ancient Middle Kingdom of Ireland or fifth dimension.

Again, there are fabulous views in all directions taking in over 20 counties on a good, clear day.

Guided Tours of Uisneach may be arranged by emailing tours@uisneach.ie  An average tour will take approx 2 hours but longer tours of up to a full day can be arranged also . Public Tours are held regularly on weekends.

Uisneach is a privately owned, working farm. Due to Insurance constraints all tours are “guided”. 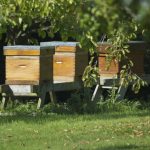 The Plight of the Honey BeeOur Blog 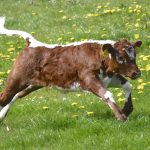